For the past five years, I have applied EVERY SINGLE YEAR to be a Revolve Ambassador, and for five years, I have been rejected. Finally, this year I was invited to join this elite group of influencers, and I was so ecstatic!  Simply getting to this point was a full-on test of patience and persistence in and of itself. I have shopped and shared Revolve for many years as part of my quality-over-quantity fashion ambitions.  Everything I have ever bought from Revolve has been on trend and top quality – even if it means it costs a little bit more.

As Fall is one of my favorite fashion seasons, I am thrilled to share my latest Revolve splurges.  You can also keep up with my favorites here.

As always, thanks for stopping by Chicks and Salsa!
Your Chick,
Rina

Spooky Cocktails You Can Mix Up This Weekend!

Anytime a get together is around the corner, the chicks have cocktails on our mind.  This year for Halloween we wanted to keep it simple with ingredients that we usually have at home or behind the bar! Check out our recipes for a special Glow In The Dark Potion or a Black Magic Margarita!

Glow In The Dark Potion

Also its not too late to scoop up this easy Halloween dress I wore here in time for Halloween.

Face Serums VS. Moisturizers : What You Need To Know

I come from a family of physicians, so when it comes to products that I use – especially on my face – I have to understand some of the science behind it.  My husband doesn’t show any empathy when I don’t think something is working AND when I don’t know anything about it.  That being said, I am a lifelong Eucerin user when it comes to moisturizer on my face , but lately I have been trying out face serums.  Naturally, I wanted to know what the heck they even are so I looked it up!

*Please note, the hydration body cream is NOT to be used on the face.  Please use an alternate face moisturizer to layer over the face serum.*

According to WebMD, moisturizers have ingredients like petroleum and mineral oil to give it more density and in many cases creaminess.  With face serums, they have stripped out all the fluffing ingredients.  In doing that, serums are left with high impact, active ingredients like antioxidants, peptides (proteins such as collagen), and in the case of this active hydrating serum, hyaluronic acid (aka the fountain of youth).

What is Hyaluronic Acid?

Aside from being skin care’s biggest star of the moment, it is something that we naturally make in our bodies (babies have a ton of it which is why they have the best skin).  As we age we make less, which is why we use products infused with this molecule to help improve firmness and elasticity on our face.  The science is clear, check out this study which observed women who used hyaluronic acid for 8 weeks.

I have received several face serums lately, but in looking at the ingredients they are NOT all the same and so understanding what is in these products is important.  I was first introduced to Rodan and Fields a few years ago and have been a loyal Lash Boost user for years.  I also have had a great experience with their Bright Eye Complex product in the past (see my before and after photos here).  When I have had a good experience with a brand, I am more likely to consider other products in the collection.  That being said, I recently had the opportunity to test out and use their new Active Hydration  line of products and wanted to share with you why they are different, and in this case better!

By nature, human skin is ‘hydrophobic’ which means that our skin actually repels water which is why we don’t swell up when we go swimming.  With the Active Hydration Face Serum, they have paired up the hyaluronic acid with glycerin to help penetrate the skin and allow for the hyaluronic acid molecule to bind to it and sit on top of the skin providing a seal for hydration.  The science, down to the molecular level, is honestly downright amazing!

I have used both the Active Hydration face serum and body cream religiously for two weeks and have loved my results so far.  I still have some uneven skin coloration so I may be headed for their Reverse collection next.

I hope that this review was helpful in understanding things that separate products from others.  If you have any questions, feel free to leave them below.  Want 10% off…email Neela Metgud at [email protected]

This post has been sponsored by an independent consultant for Rodan + Fields, but the opinions are all our own.

Pros and Cons of an Alaska Cruise

Ah Alaska, the last frontier as they say and our nation’s largest state (almost three times bigger than Texas)!  At some point or another curiosity to travel to this truly unique state occurs to almost everyone.  Maybe it’s the diversity in terrain, the majestic mountains, the glaciers, or the unique wildlife that draws people in.  Similarly for my family in June of 2008 we visited Alaska by road and drove through the state covering nearly 4000 miles in ten days.  The experience was incredible, walking through Denali National Park and catching up on cultural sites along the way was truly a once in a lifetime experience.

So, this year when Sonia offered for me to join her and a few friends on an Alaska cruise, I wanted to share the sights and sounds of Alaska with my husband and kids and quickly signed up to join them.  We boarded the Disney Wonder and left from Vancouver last month on a mission to see whales, eagles, glaciers, and mountains.  Alaska is so big, and after looking at several cruise routes, it is NOT uncommon for cruise liners to not wander too far north due to weather and other considerations.  Nonetheless, I was optimistic about what we would experience.

The cruise line route, shown below, just barely touches Alaska – somehow I felt as though I had short changed the largest state of our union by touring its Southern most islands.  The passages were beautiful and we did see a few orcas along the oceans surface along with a glacier.  We went into Edicott Arm (which was not our intended stop which was Tracy Arm) but the hours of passage between the majestic mountains really made this cruise the experience what it was.  Unlike Caribbean cruises, there is so much to take in and see in Alaska on the days at sea.

Below is the route we drove starting in Edmonton, Canada and making our way all the way to Anchorage (see our stops on the map below indicated in yellow).  The sights and sounds along the way were incredible.  Caribou and black bears roamed the streets freely along the Alaskan Highway.  We even stopped at Liard Hot Springs and took a dip in the natural hot spring!  We then spent an entire day roaming through Denali National Park, which is home to Mt. Mickley – North Americas highest peak at 20,320 feet (15th highest in the world).

There was so much to be seen and experienced by land that after that trip I truly felt as though I had experience Alaska for what it was: the final frontier.

That being said the convenience of being on a cruise liner and of course having all the amenities of a Disney cruise at our finger tips did not hurt.  However, I did feel as though the cruise route somehow did not do Alaska justice.  On our five day cruise we had only one port stop in Ketchikan which is a quaint Alaskan town built entirely around cruise tourism.  It was nice to get off the boat and we were fortunate to have participated in an awesome port excursion that shared native culture with us.  The tour guide was an incredible spirit who was able to spot bald eagles from miles away; we saw several up-close too which was really cool!

Also our Bald Eagle Encounter Was Incredible too!

Depending on what you are looking for and who you are travelling with, Alaska by water and Alaska by land offer two very different types of vacations.  On one hand you have the convenience of prepared meals, an entertainment itinerary and let’s face it an on board “Kids Club.”  By car you have the spontaneity of adventure  on every turn without the guarantee of a three to five start hotel at each stop.  As my kids get older, I crave a more ‘boots on the ground’ type of experience but with friends, there is nothing quite like the relaxing experience of a cruise.

Tip #1:  Having gone to Alaska in both June AND July before, I can confidently say that the weather is amazing during this time of the year.  On both trips I had packed winter coats and on both I did not need them.  Just plan on layering up and you will be just fine! Here are our favorite pieces to layer up with:

Tip #2: For traveling with fragile items and/or medical supplies (my daughter has Type 1 Diabetes) we count on our Andiamo Luggage to get everything there safely, check them out here.

I hope you found this helpful, thanks for checking out my post.

Get Fit with Fabletics 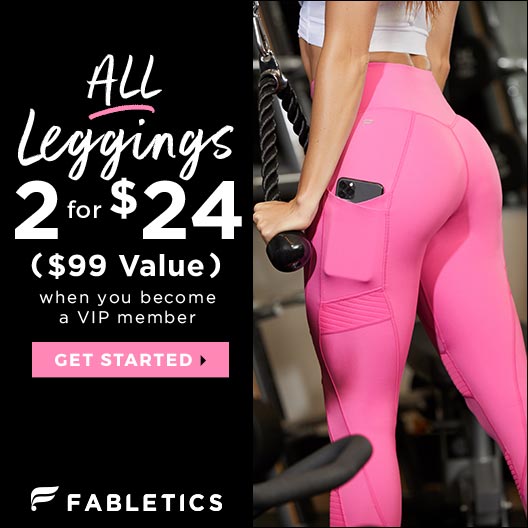